GDPR and COVID-19 for Arts Organisations - some thoughts 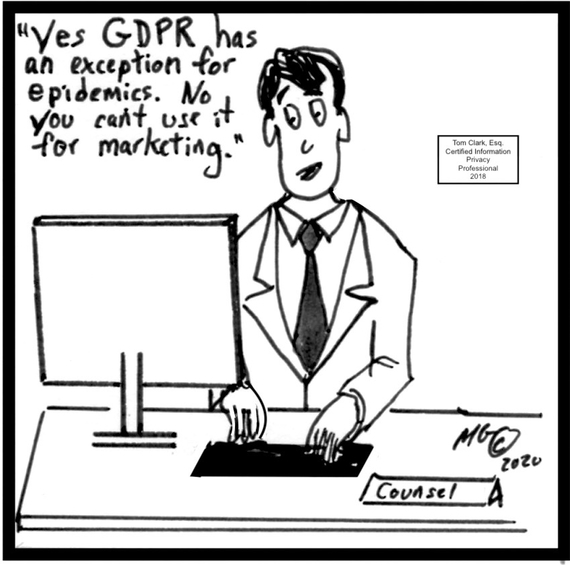 Now that the initial impact of COVID19 on the Arts sector is starting to become apparent, we’re all trying to find ways of recouping income and harnessing audience support.

One of the ways many ticketed organisations have been responding is by asking customers to donate the value of their cancelled performance tickets to the organisation. Utterly reasonable in the light of the current situation, one might assume.

But how does this sit with previous advice on GDPR from the Fundraising Regulator, ICO and Arts Council?

When asking ticket bookers for donations, we’ve previously operated under the understanding that we need consent from people in order to fundraise from them. And to complicate things further, in most organisations, the consent to FUNDRAISE is often gathered and recorded separately from consent or legitimate interest to send them DIRECT MARKETING about forthcoming productions.

Given that most arts organisations have (on average) permission to send direct marketing to only around 40% of their bookers, and fundraising asks to less than 10% of bookers, applying this would vastly reduce the amount of potential income raised at such a difficult time.

However, when cancelling a performance, you are legally allowed to contact customers using any contact details you have for them, regardless of whether they have otherwise opted to receive direct marketing from you. This is done under the legal basis: performance of a contract. This is because the customer has a contract with you to deliver a service (a performance) and if you need to terminate that contract you need to communicate that to them. This is often called ‘service messaging’ and is supposed to be free of any marketing or fundraising messages at all

So, given how we were previously operating, how on earth could we use the performance of a contract legal basis when sending essentially a ‘service message’ to ask people for donations?

(but it’s not legal advice of course….!)

When I think it’s dodgy….

A less preferable approach, which I have seen many organisations adopting this week, would be for the cancellation email to ask directly for donations with a large ‘donate here’ button or link.

In most of these cases bookers have been told that refunds will be processed later, giving them no choice in how their refund will be made. Not only is this confusing for customers, I think it’s less likely to pass the test for GDPR AND is probably likely to raise less money overall

I also think the approach taken by others this week where refunds are not processed UNLESS customers request them, assuming that the ticket value can therefore be claimed by the organisation as a donation, is also highly questionable, not only from a GDPR but also a fundraising code of practice point of view.

Whatever you decide to do, document the decisions you’ve taken:

I’ll be following up this blog with an example ‘balancing test’ for COVID-19 fundraising from ticket cancellations, so watch this space.

Results from Act Green suggest audiences are engaged and concerned about the climate crisis and think cultural organisations should be as well.