Borne of passion, sustained by pragmatism.

Indigo provides smart, sensible and practical consultancy for the cultural sector – whether you need to better understand your audience or improve your organisation, our rare blend of marketing and fundraising expertise can help.

Founding partners Sarah and Katy, along with our Associates, have not only a vast combined knowledge of the sector but also a passion for the arts – and an overriding desire to help the sector thrive.

As such, it’s vital to us that we empower our clients to look after themselves. (But we’re here when you need us.) 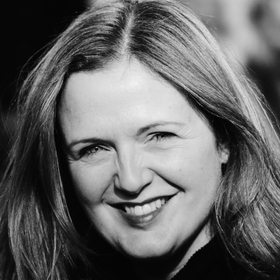 Katy Raines is regarded as one of the UK’s leading consultants on CRM and Segmentation for the Arts, and as such has developed and led research and implementation programmes for large and middle scale organizations throughout the UK. She has a particular passion for using audience data to effect change, and drive an audience-led approach to marketing for any arts organization. In 2020 She led the development of After the Interval and other industry research to inform the re-opening of cultural venues and give insight into digital behaviour.

She has also recently been involved in many place-based projects, and worked on the Joint Cultural Needs Assessment Guide for Arts Council England.

Prior to becoming a consultant in 2006 she held a number of senior marketing roles in large scale venues, and holds a Music degree from Cambridge University and a 1st class MBA from Durham University. 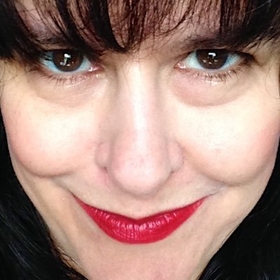 Sarah Gee is co-founder and Managing Partner of Indigo Ltd. She previously worked in a variety of roles in the music business, most notably as Director of Communications for the City of Birmingham Symphony Orchestra. Her work on relationship management, diversification of audiences and rebranding at the CBSO received world-wide interest, and was subsequently used as case studies in many leading journals and universities.

Sarah is best known for her work on areas where marketing and fundraising overlap, such as stakeholder relations, individual giving, audience engagement, and branding. She is a regular trainer for UK arts industry bodies, and has been the keynote speaker at seminars in Austria, Finland, France, Holland, Hungary, Japan, Oman and Qatar. She’s also given guest lectures at City University, the Royal College of Music, Sibelius Academy, University of Birmingham, and Central Saint Martins. Sarah has twice chaired conferences for the European Broadcasting Union, and is a Fellow of both the Royal Society for the Arts and the British-American Project. In 2011, she became an accredited coach.

Sarah is a trustee of Motionhouse, the Royal Philharmonic Society, Flatpack, National Campaign for the Arts, and The Stringcredibles. 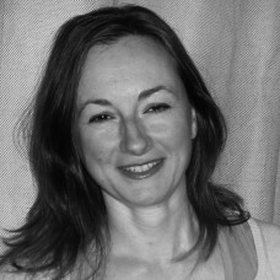 Kate Sanderson was Director of Communications for West Yorkshire Playhouse for 10 years until 2006 and joined Indigo in January 2009. Specialising in marketing and audience development, Kate is also an accredited coach and highly experienced trainer, working regularly with the Arts Marketing Association and UK Theatre (TMA). She was Course Director for Theatre UK’s flagship residential ‘Druidstone’ marketing course until 2013, has worked closely with the AMA to develop and deliver their programme of Retreats and regularly speaks at conferences across the UK and internationally, including 2 lecture tours of Japan and delivering a workshop programme for the British Council in Tbilisi, Georgia.

Recent consultancy work includes developing the marketing strategy for Belfast’s new arts centre, The MAC, which opened in April 2012; interim Director of Marketing (maternity) for Sheffield Theatres and working with Hull Truck theatre on marketing strategy development. Kate is currently working on three projects supported by Arts Council England’s Strategic Touring fund; Home Sweet Home with Freedom Studios, ARC and the Albany Theatre; New Realities with 6 Yorkshire theatres and Leeds-based producers Dep Arts; and REACH, a new project with Dep and ARC which will take new work and develop commissions in arts centres across the North East from 2014-2017. In Autumn 2012, Kate began a PhD in Cultural Management at the University of Manchester, looking particularly at developing audiences for contemporary arts.

Flo Carr is an experienced marketer with a passion for audience development and CRM. For 10 years, she has worked in a variety of marketing, communications and venue management roles in arts and cultural organisations in London and Cambridge.

Her previous roles include Head of Communications and Marketing at Arcola Theatre, Marketing & CRM Manager at English National Opera and Press & Marketing Manager at Cambridge Live.

She is a trustee of Spectra Ensemble, an experimental opera company championing lesser-known works, and co-founder of bind collective, a creative platform which aims to raise awareness of the climate emergency.

Having collaborated with Katy Raines to deliver the After the Interval surveys during Covid-19, Flo joined the Indigo team in November 2020.

Alan MacGregor joined the Indigo team in 2009 after spending the past 7 years as Marketing Director at The Lowry, Salford.

Alan has worked in marketing for over 30 years, 25 of them at board level. These include 12 years as the Marketing Director of Granada Entertainments, followed by 7 years at The Lowry, which he joined as the organisation’s first Marketing Director.

He has undertaken projects around the country including work in Manchester, Plymouth, Coventry and Blackpool and he is a guest lecturer in Tourism Marketing for an international business school in Freiburg, Germany.

How can we help you?