The results of each survey were published in two 'waves' and are available to download, along with reports from our partner organisations.

After collecting responses for 6 weeks, we have released the Act 2 'at a glance' report and full report. You can also explore the data and filter by different criteria in our interactive dashboard, created with One Further: 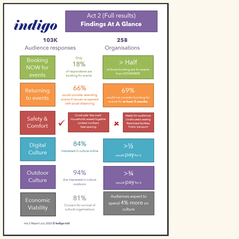 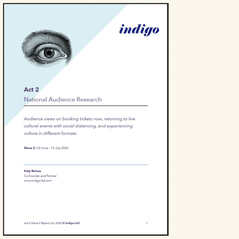 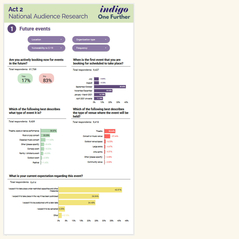 With thanks to the Arts Council of Wales for funding the Welsh translation of Act 2.

After the Interval survey

After collecting responses for 6 weeks, we released an 'at a glance' report and a full report. You can also use our interactive dashboard to explore the findings: 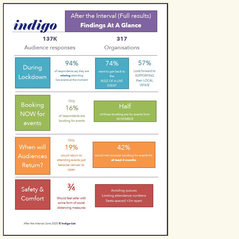 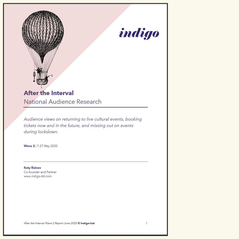 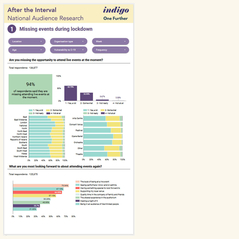 Further analysis of the survey results

Our partners Thrive have released the findings of the first 3 weeks of audience responses (15 June - 3 July) to their Act 2 survey. The data covers 17 cultural organisations, including 11 from Northern Ireland and 6 from the Republic of Ireland. Read more → 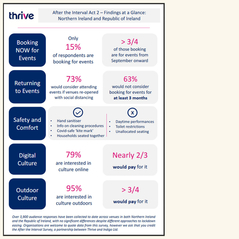 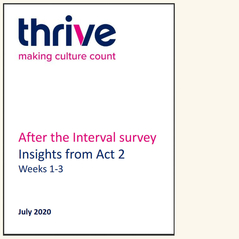 After the Interval - Italy

A version of our After the Interval survey was operated in Italy by our partners Il Rosetti. They released their findings at the end of June, and we considered what the UK could learn from our Italian counterparts in our blog post → 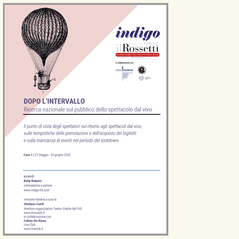 After the Interval (Italy)