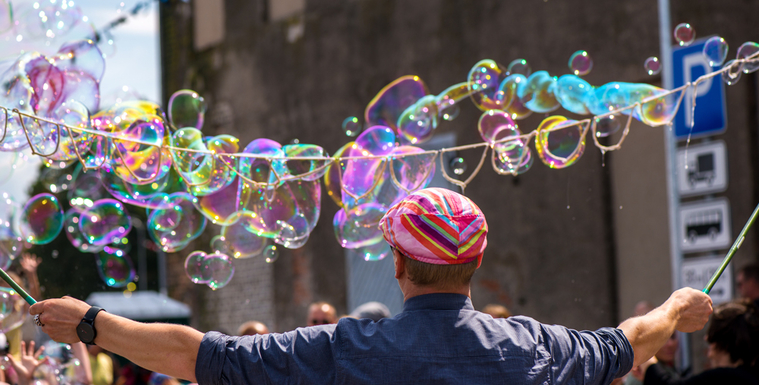 Indigo and pointOne have released the results of Act Green, a joint piece of research created to gain a greater understanding of cultural audience attitudes towards the role of cultural organisations in tackling the climate emergency.

11,682 audience members responded to the survey which was sent out by 58 cultural organisations in the UK during May 2022.

Act Green: Understanding audience attitudes towards the role of cultural organisations in tackling the climate emergency

The responses from 11,682 audience members to the Act Green survey show that:

“It is really encouraging to see the level of importance that cultural audiences are placing on the climate emergency. The results from Act Green clearly show that audiences expect the cultural organisations they attend and support to lead the way when it comes to sustainability, managing buildings more efficiently, making changes to front of house operations and challenging people to think differently by tackling climate themes on their stages.

“And audiences are willing to play their part too, getting involved in audience-focused initiatives from travel to food choices. The responses from younger audiences in particular offer a real opportunity for cultural organisations to build relationships with a new generation of theatre goers who are passionate about climate activism. I hope this signals the beginning of a new wave of supporters, advocates and volunteers to support organisations to meet sustainability goals.”

“In supporting the Act Green research, we were hopeful that it would signal an active interest and commitment from audiences around the subject of climate change and climate activism. Thankfully, it would seem that the pandemic years have not dulled the momentum for climate activism nor lessened its appeal to audiences; both young and old want to see their cultural organisations leading the way with practical changes, operationally as well as on stage.

As EPoS suppliers to the cultural sector, we are always striving to improve our sustainability credentials and keen to work with like-minded operators to meet their sustainability goals. We hope this research will prompt organisations to reflect on their own operations and utilise the excellent resources available (such as the Theatre Green Book and Julie’s Bicycle Creative Green Tools) to support their own journey towards a sustainable future.”

The survey ran from 9 – 29 May and during that three-week period, 11,682 responses were gathered through 58 cultural organisations.