A further 7,170 responses gathered in May 2021 by the Culture Restart Audience & Visitor Tracker from the Insights Alliance (Indigo Ltd, Baker Richards and One Further) show that: 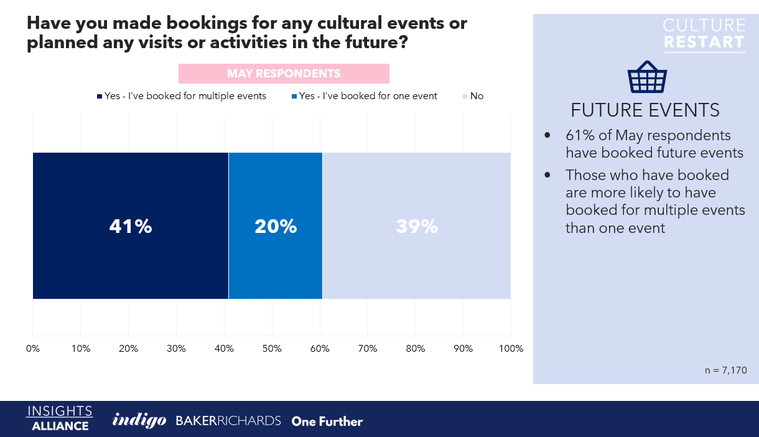 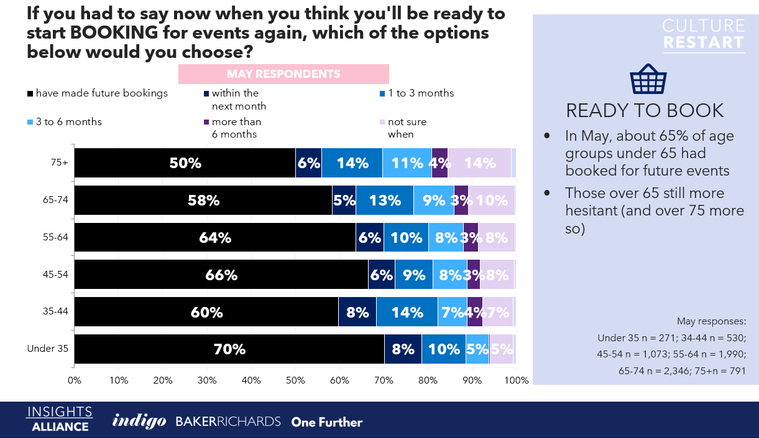 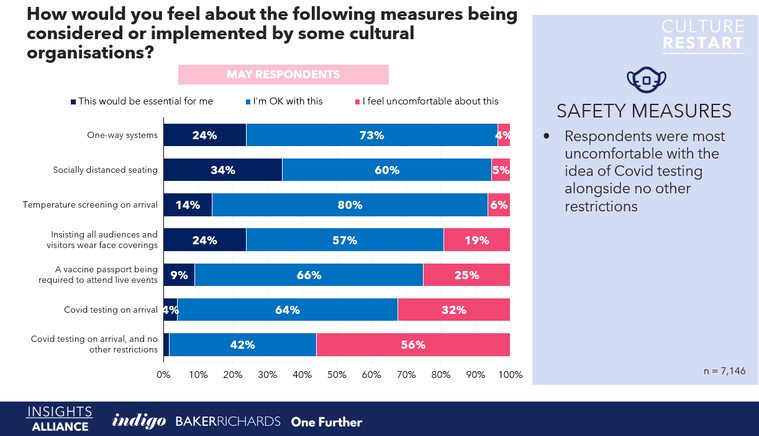 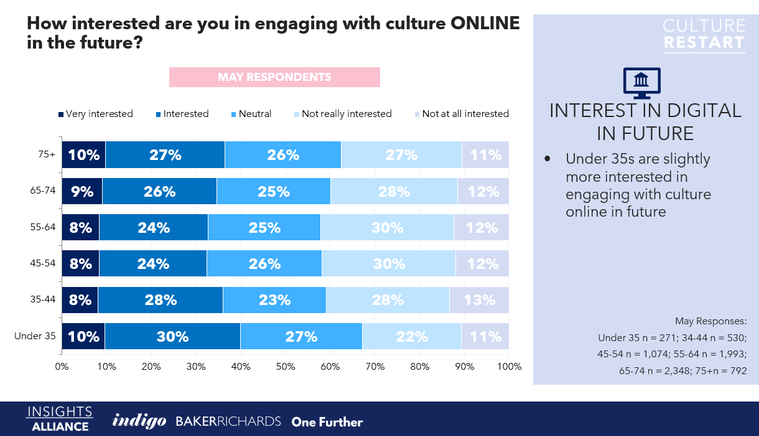 The Culture Restart Audience & Visitor Tracker is the successor to Indigo Ltd’s After the Interval sentiment tracker. Developed by the Insights Alliance – Indigo Ltd, Baker Richards and One Further – the Tracker has been following sentiments and confidence of cultural audiences since October 2020. Reports have been released regularly, with Baker Richards providing analysis of the data and results shared in an interactive dashboard created by One Further.

This update reports on fieldwork from cultural organisations including theatres, arts centres and touring companies across the UK during since October 2020, and does not cover the West End. 75% of respondents usually attend culture four or more times per year. There have so far been nearly 60,000 responses from 85 participating cultural organisations. 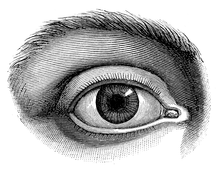 Explore the findings in more detail - plus a look at the first in-person audience reactions - in our webinar on 22 June.