Responses gathered in January 2021 to the Culture Restart Audience & Visitor Tracker research by the Insights Alliance (Indigo Ltd, Baker Richards and One Further) show that:

Responses gathered in January 2021 indicated the lowest levels of audience confidence that we have seen since the tracking began in October 2020.

For those audience members who have attended an in-person cultural experience since the first lockdown in March 2020, net confidence now stands at +43%. This is a relative decrease of 17% compared to the highest point in confidence levels in November 2020.

This is despite the majority of those respondents having not made another in-person cultural visit since November, showing how strongly external context continues to influence confidence levels even following a positive experience at a cultural venue.

During a period when the Office for National Statistics reported high levels of public compliance with preventative measures, we saw an increase in the proportion of respondents who said that having safety measures in place at cultural organisations – such as socially distanced seating – would be essential to their return.

Among the 56% of respondents who have not booked for any future cultural events, January responses revealed a sharp decline in the proportion of cultural attenders who say they will feel ready to book tickets for cultural experiences in the near future.

20% now say they will not be ready to book for over 6 months – a 67% relative increase on October to December – and a third of respondents said they are ‘not sure when’, consistent with the previous period.

The inability among a significant portion of cultural audiences to imagine a return to ‘normal’ patterns of booking in the near future aligns closely to the latest findings from the Office for National Statistics. At the end of January, the ONS reported that “the proportion of adults in Great Britain that felt that life will return to normal in six months or less continued to gradually fall, now at 17% compared with 20% last week”. This is of particular important for cultural organisations to bear mind when planning when to put future programmes on sale.

The proportion of respondents who said they could not envisage attending a cultural event until a vaccine, treatment or rapid test is readily available has grown to 35% in January, and increases by age group up to 44% of those aged 65-74.

However, this drops to 33% among respondents over the age of 75, 30% of whom say they would prefer to wait until they can attend again in the ‘usual way’ without safety measures such as socially distanced seating in place – however long that takes. For other age groups this is no higher than 18%, and suggests that a significant portion of older audiences may still not return immediately even if they have been vaccinated.

57% of January respondents said they had engaged with culture online since venues closed in March 2020, a relative increase of 6% on the October to December period with half of them having engaged online four or more times. 55% have bought a ticket, increasing to 76% who have paid in some way, including a donation or ‘pay what you can’ contribution.

The proportion who are interested in engaging with culture online in future has grown to 42% in January, with 23% of those saying they will still engage online when they can return in person – rising to 26% of over 75s. A further 58% say they’d be less likely to but would still consider digital options for cultural experiences they couldn’t attend in person.

For further insights into digital culture, join us on Tuesday 23 February for another FREE Insights Alliance webinar.

The Culture Restart audience & visitor tracker is the successor to our After the Interval sentiment tracker. It will report on the sentiments and confidence of audiences and visitors regularly until the spring of 2021.  Baker Richards are providing analysis of the data, and results will be shared in an interactive dashboard created by One Further. Find out more → 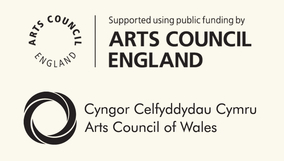